Joe Black is a man of multiple transformations. In pursuit of the sounds he loves, he’s moved across the country and back again; he’s played everywhere from junior high dance halls to arenas. He’s leapt across stages with rhinestones on his suit, and he’s dressed in all-black; he’s screamed obscenities at cheering audiences and courted others with heart-rending ballads. He’s loved it all. For one thing in his life has never changed for decades his devotion to rock ‘n roll, in all its forms, and his pursuit of the multi platinum albums. 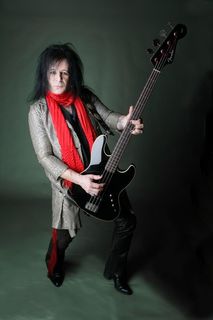 Joe grew up loving music, at a time when the Rolling Stones and the Beatles were rocking the world—he made two discoveries: One was guitars. The other was “I want to be a rock star.”

In Jr. high, he formed his first band, Satin Acid, and played at his junior high dance. By high school, the band had a new name, White Horse, and later, Crossroads. Joe and his band were earning money from gigs. They were booked at high schools and junior highs all over the Boston area.

Out of high school, Joe was faced with a choice: “Go to school, or be a Rock Star.” He followed his dream to Hollywood, where Van Halen and Quiet Riot were making it big. But meanwhile, a great music legacy was being built in Boston: The Cars, Aerosmith and J. Giles “were all Boston boys,” he remembers with pride. So Joe left the four-lane traffic jams of L.A. to return to his New England roots at a time Boston was making rock ‘n roll history.

There he met singer/guitarist Charlie Farren—who Joe immediately recognized as “a great talent and a really nice guy.” Joe was eager to hone his songwriting and add new sounds to his repertoire. Charlie had this new band and was eager for a bass player. After auditioning dozens, Joe became the newest member of the band. “And the rest,” says Joe, “is history.

Indeed. Balloon was big. The band got air play with the hits “East Coast/West Coast” and “Listen to the Rock, Political Vertigo & more. To the bands many devoted fans, “Balloon” came to mean, “Really cool. As in “Hey, man, that was Balloon!”

With Balloon, Joe expanded from the “crazy-wild” sounds of his youth into the smoother frequency energy that larger audiences enjoy. With Charlie, Joe honed his songwriting, and contributed his own to Balloon’s music. Joe worked with Balloon over the next few yrs & also recorded the Balloon Live Bootleg/Live At The Channel Album that was not released until the recent 2000s from the archives.  At that time however, Aerosmith had had members depart and then, to everyone’s surprise… 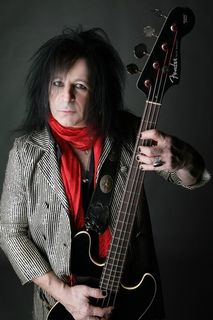 Its lead guitarist signed Charlie for his band, The Joe Perry Project.   Balloon went on hold!

But, Joe Black was Not Willing to just sit around. ”I pulled up me bootstraps with nothing left & started BallnChain!” To chart other musical courses he was interested in.

He sought out guitarist Lee Vachon. “I had admired him since I was 15 years old,” He sought out Lee at a gig one night and said, “Guess what? I love your playing. Now, you're coming to play with me Get It?”

Lee showed up at Joe’s studio the next day and signed on. Next they picked up drummer Dale Latulippe, aka Chippy or Yellow Man: as he had a penchant for yellow shoes and yellow sports cars. Also, Steven Silva (guitar) from another renowned Boston band Thundertrain.

In BallnChain, Joe wanted to create “One of the loudest, Raunch & Roll bands Boston had ever seen bar none!”

BallnChain took Joe’s music in yet another new direction:  heavy metal “Raunch and Roll” played by guys with waist-length hair and diamond studs in the crotch of the pants.

After much recording & label shopping, the band finally got picked up by an Indie label and cut their first record “Seeing Red”.  They traveled & opened for bigger-name acts from A to Z.  “You name em, we played with em” Right at that time BallnChain received endorsements for VOX amps and TRAK drums, &  Joe appeared in ads for Riverhead & Quest Guitars. With Ads featured in Guitar Player, Musician & Modern Drummer magazine. Then on to record the next BallnChain album “Diamonds In The Rough”.  With 18 VOXs on stage, hard-rocking vocals, searing guitars, and those glittering crotches, BallnChain was an extravaganza of son et lumiere. They rocked the house!

Until music started to change.  “All that Pop and the grunge thing had begun. We couldn’t give records away.” So he took a hiatus.

“For awhile, I focused on other aspects of life,” Joe said. “I tried some experimental music…” But without the stage & rock n’ roll in his life, he said, “I was miserable.”

And then, the tides turned again. Aerosmith, The Stones & miscellaneous others were selling big albums again.  “Something said to me, if those guys can do it, you can too.” Joe said to himself, “This is what you were born to do.”

That’s when he called up Dale and Lee and they started playing again. They started working on a new album as the new millennium dawned.

And then tragedy struck. Dale perished in the terrible fire at the glam metal and rock nightclub, The Station.. Joe, was supposed to be there with Dale, Great White was playing and they were going to see old tour/friends. But Joe was in the studio the night of the fire. He watched Dale run across the burning building on the evening news. He died just 15 ft from the door, along with 99 others.

Then again, the unthinkable happened. “My left Arm” Lee suffered a brain aneurism which affected his motor skills and spent the next couple of yrs at home & in an out of the rehabs to struggle to come back.

“What was I to do?” Driven, Joe trucked on to hook up with Aart Knyffe, who he describes as “an unbelievably talented guitar player, songwriter & engineer that I knew from the 80’s” whose talents in music somewhat mirrored Joe’s own.  Determined now “To finish this album at All costs”!  He found another early BallnChain drummer Billy Wooldridge whom he hadn’t seen in 10 yrs, but  had also done much recording with in the early yrs (Seeing Red Album) & misc. other BnC stuff, to come back to replace Dale.  With all these changes in the air, Joe decided to step aside from the lead singer/middle & add a new singer Jeffrey Baker and more vocal harmony  for “Sands Of Time” the New Album.

Lee Struggled on but was confined to a nursing home, till he succumbed & passed on in 2008.

After 5 long years the new album finally headed for production. “That’s the reason I titled it “The Sands of Time” in honor of the old, fallen comrades, and in celebration of the new. “It’s a blessing this album’s finally out,” Joe says.

Joe Black’s music has evolved since the days of his blonde hair and diamond-studded suits. “Innuendo and heavy attitude are not so much part of my musical style as late” “I have grown, But it sure was fun” he says. As his earthangel girlfriend likes to say, “We’re crazy—but we’re good crazy JB.”

What does he want?

Platinum on the walls, And after all these years of toil,

Straight rock and awesome guitar solos is what Rob Carlton is bringing to the music scene. This guitar extraordinaire has a new album titled Beautiful Collision that simply rocks! Rob also endorses with GHS Strings, Morley Pedals and Halo Guitars & will also be busy with Specraflex Cables and Rocktron Amps & Effects. Not to mention, Carlton has also been featured in Guitar World and Guitar Player Magazines.

With a hopeful 2010 tour in the works and an appearance at next year’s NAMM show in California, Rob Carlton and his music career seem to be on top of the world!  I had a chance to ask Rob some questions about music, life and the respect for good, old rock & roll tunes.  Enjoy! 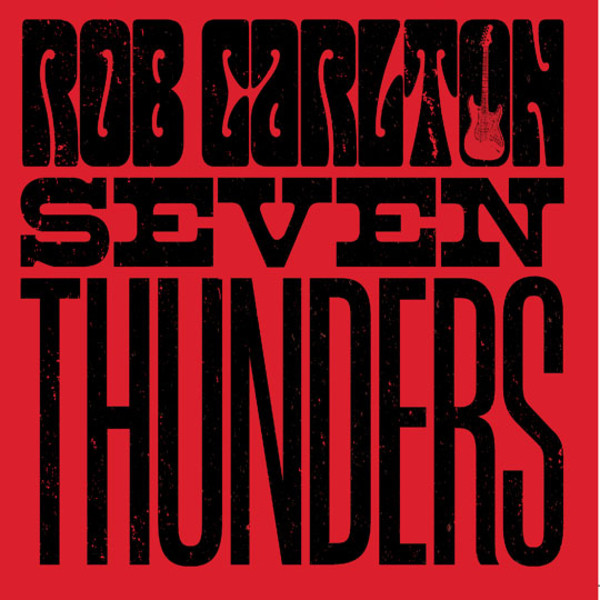 You need to be a member of ZONAROCKS.COM to add comments!

Cindy Blando said…
I just discovered this. I like it.  Rock on.  Don't forget to support local music kids.  I have been corrupting young minds since 1985.

How did you find ZONAROCKS.COM
Jay Bontempi